Five years have gone by since the Colombian President Juan Manuel Santos and the leaders of the Revolutionary Armed Forces of Colombia (FARC-EP) signed the Final Peace Accord. Now, the slow implementation, a lack of state presence in the territories, and the rise of conflicts between other insurgent organizations, paramilitary groups, and FARC dissidents shake the hope for a stable and lasting peace in the country. Civil society organizations such as FOKUS are therefore crucial in supporting communities in rural Colombia, who not only strive to gain access to land, education, and employment but who are deprived of the opportunity to exercise their fundamental human rights. One of these rights is people’s sexual and reproductive rights, which form the basis for FOKUS in Colombia’s project “Sexual and Reproductive Health Brigades. Reproductive Autonomy: A Path to Peace”[1].

The Women, Peace, and Security-Agenda

FOKUS in Colombia is committed to building peace and sees how the lack of implementation of the Final Peace Accord (2016) affects women disproportionately hard. Therefore, as a part of its program “1325: Women, Peace, and Security”, FOKUS sought a way to link the WPS Agenda with the work on sexual and reproductive autonomy. In 2017, they initiated the “Reproductive Autonomy: A Path to Peace”-project in collaboration with the non-governmental organization Fundación Oriéntame. Ana Milena Gonzalez, director of FOKUS in Colombia, emphasizes that the collaboration project with Oriéntame is important because sexual and reproductive autonomy is linked to women’s liberation in both the private and public sphere. “Becoming a mother should be a planned, informed, and wanted choice”, Gonzalez says.

To the question of why sexual and reproductive rights are important for peace, the doctor and director of Oriéntame, María Mercedes Vivas, answers: “There is no peace without the exercise of citizenship. And there is no exercise of citizenship without sexual and reproductive rights”. Vivas stresses the gap between Colombian people’s rights in theory and their lack of exercising these rights in practice. Even though medical services like abortions are legal until the 24th week, and beyond that term, under some circumstances[2] in Colombia, the lack of access to these health services is a reality for many. Cultural stigma, disinformation, and/or lack of access to contraceptives are also some of the challenges that Colombians face on their path to family planning.

As stated in the Final Peace Accord (2016), former FARC combatants who laid down their weapons were promised an economic, social, and political reincorporation to civilian life supported by the Colombian government[3]. The former FARC combatants – often referred to as Signatories of Peace – moved to Territorial Training and Reincorporation Spaces (ETCRs) after handing over their weapons to the UN. The reincorporation process has an overall goal to strengthen the former combatants’ own opportunities and the coexistence and reconciliation between the civil population and the ex-combatant population. The aim of the

“Reproductive Autonomy: A Path to Peace”-the project is to offer special medical attention and educational information to the ex-combatants living in ETCR. At the same time, Oriéntame’s services are equally open and free to women living in nearby surroundings, as a way of supporting the community as a whole.

Since the beginning, the health brigades have travelled to eleven ETCRs in the department of Guajira, César, Tolima, Meta y Guaviare – all in which have been deeply affected by the 50 yearlong armed conflict in the country. From a WPS perspective, FOKUS’ and Oriéntame’s health brigades are specifically relevant, because they put women’s right to make autonomous choices at its center. Yenny Cobos, a social worker in Oriéntame, explains autonomy as “making independent choices on behalf of oneself, without being influenced or forced by your family, partner or friends”. Cobos has participated in seven health brigades and emphasizes how essential the long-standing collaboration with FOKUS in Colombia has been for Oriéntame and their work.

The sexual and reproductive health brigades consist of a group of doctors, nurses, and social workers. They offer one-on-one medical appointments, where one can take a pregnancy test, access free contraceptives and condoms, and test oneself for sexually transmittable diseases. Additionally, Cobos and her colleagues invite people to collective activities, such as group discussions, games, and seminars about sexuality, identity, and gender roles. Both women and men participate in the activities, where they share their own thoughts on the topics, and how it is related to peace. Oriéntame also arranges games for children and youth, as a fun and accessible way of discussing topics like family, identity, and gender stereotypes.

Travelling to rural parts of Colombia to discuss reproductive health, sexuality, family, and gender can be a challenge. The heteronormative, nuclear family is an overall ideal, and in more traditional contexts the man is seen as the natural leader of the family. It is not always popular, nor easy, to reach out to communities with projects that question this patriarchal model. “The leader of one of the first ETCRs we reached out to in 2017, didn’t want us to come”, says FOKUS’ Gonzalez, and adds: “This mirrors the ‘machismo’ in some communities, which result in scepticism and resistance towards projects that offer women tools to make autonomous choices about their sexuality and their lives”.

Another challenge is the specific use of words, as experienced by Oriéntame’s Cobos. “To not scare people away, a strategy has been to talk about sexual and reproductive autonomy through a language that is familiar to people, and not to push our agenda onto these communities, but rather open up spaces where we can discuss these topics collectively”. She emphasizes that all activities in the “Reproductive Autonomy: A Path to Peace”-project has a specific gender and sexuality perspective, which also includes LGBTQ people, but that there still is a long way to go when it comes to openly discuss different sexualities and family models in the Colombian context.

From a reincorporation perspective, traditional gender roles can hinder former female FARC combatants on their path to civilian life. New reports[4] show how these women often experience a gap between their roles as combatants and their roles as civilians when it comes to entering motherhood and the domestic sphere. Unplanned, and sometimes unwanted, pregnancies and the lack of sharing care and housework with their partner, can hinder women’s participation in the public sphere. Yenny Leguizamón Orjuela, the communicator in FOKUS in Colombia, has participated in many health brigades and talked to women in reincorporation processes. “There are many narratives about why women joined the FARC or other insurgent groups in Colombia. Some say that they were deceived, or they fell in love with a combatant and were recruited based on that. But many women joined because they had a political conviction”, says Leguizamon. Now, many former female FARC combatants lack the opportunity to participate in politics, because entering motherhood often means entering an unequal and traditional gender role.

The ‘children of peace’ and Colombia’s future

As shown, the “Reproductive Autonomy: A Path to Peace”-project aims at facilitating discussions about what sexual and reproductive autonomy means, and what it implies to start a family. FOKUS finds this important, given the high number of young mothers in rural Colombia and the ‘baby boom’ that occurred in the ex-combatants population during the Peace Process in the country. After laying down their weapons and moving to ETCRs, many former FARC combatants became pregnant. They often talk about their children as the ‘children of peace’ – a generation that bears with them a hope for a better future in Colombia[5]. But as shown, taking on the task of parenting can be ambiguous and challenging. The lack of kindergartens and schooling for the youngest children is still a challenge. Especially for women, who carry the greatest load of care work.

The current security situation for former FARC combatants is also precarious, and figures from Indepaz[6] (November 2021) show that 299 people in reincorporation processes have been killed since the signing of the Peace Accord 2016. Together with the killings of 1270 social leaders and politicians, these statistics illustrate the urgency of security measures for supporters of the Peace Accord. FOKUS in Colombia sees the WPS agenda as fundamental in the years to come. Projects like “Reproductive Autonomy: A Path to Peace” support the overall goal of women’s rights to life, health, and political participation in Colombia, and illustrates how reproductive autonomy is key to building peace in the country. 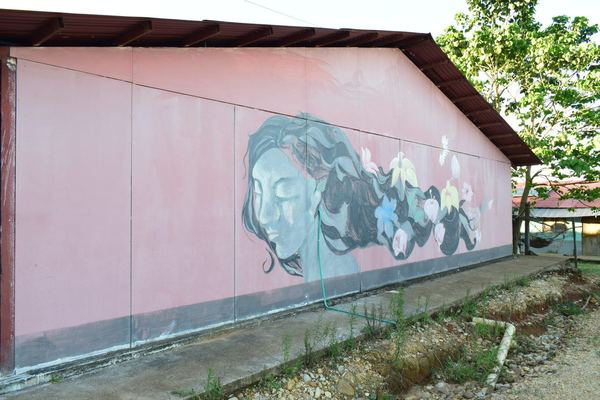 [2] Since 2006 abortion has been legal in cases of rape, incest or nonconsensual insemination, if the fetus has severe abnormalities and/or if the person’s life or health is in danger. Since the pronouncement of the Constitutional Court through judgment C 055 of 2022, abortion is legal and without restrictions until week 24. Beyond this term, the three cases continue to operate. Reference: https://www.hrw.org/legacy/women/abortion/colombia.html; https://www.corteconstitucional.gov.co/comunicados/Comunicado%20de%20prensa%20Sentencia%20C-055-22%20-%20Febrero%2021-22.pdf.