FOKUS – Forum for Women and Development wants to raise awareness about the situation of women social leaders and human rights defenders in Colombia, four years after the historical signing of the peace deal between the Colombian government and the FARC guerrilla.

The Peace Deal of 2016 gave renewed hope for peacebuilding in Colombia. FOKUS also saw this accord as a political opportunity to further draw attention to and acknowledge the voices of women and the LGBTI population, such as women social leaders and human rights defenders. In light of this, FOKUS considers it essential to present this article.

After the signing of the Peace Deal, there was a significant drop in the numbers indicating violence in the country. Unfortunately, since 2017 these numbers have begun to increase significantly once more. According to the reports, the turbulent current scenario has its origin, to a large extent, in the shortcomings of the implementation of the Peace Deal. The lack of implementation has also led to the state not taking sufficient presence in the former territories of the Farc, which in turn has led to a violent dispute between various illegal armed groups for control over these areas. This has affected the communities.

Consequently, there has been a lack of guarantees for the communities, especially the rural ones, and subsequently for the women social leaders and human rights defenders. In fact, the people who work with these topics are among the most affected by this situation. In addition, the health crisis caused by covid-19 has made the circumstances even more severe because the isolation has amplified the humanitarian crisis. Because of this, it can be noted that, even though the Peace Deal was signed, the current situation of these social leaders and human rights defenders is still grave due to the violent context and the lack of protection. It should be noted that, even though there has been a higher registration of aggressions toward men who work with these topics in this time period (in 2019, for instance, aggressions toward 835 people were registered, 73% towards men and 27% towards women), this doesn’t mean that women social leaders and human rights (HR) defenders face a lower risk. First, these numbers simply reflect that there are still more men than women working in these fields and, and secondly, the aggressions towards these women have a tendency to be more violent. In fact, signs of sexual violence and torture were observed in 66% of the murders registered in 2018.

In this context, it is of great concern that only about 30% of the women social leaders and human rights defenders that asked the state for protection in the period 2017-2018 actually received it. This means that the 70% who didn’t, have been exposed to a situation of greater risk. The type of aggression that has been most registered these last four years is the use of threats intended to silence these women and put a stop to their activities. The principal culprits that have been registered are paramilitary groups (67%) and unidentified armed actors (25%). In 2020, in the context of isolation, the situation has been even worse, and many threats have been made accusing these women of being infected by covid-19. Other registered types of violence in this period include threats against their families, harassment, persecution, and abuse of authority.

It is important to understand that women social leaders and HR defenders face a risk of double victimization due to their gender. This is because the aggressions towards these women have to be understood in the context of gender-based discrimination, which is a structural and institutional problem. Because of this, the risks they face are not only due to their work in the fields of social leadership or defence of human rights, they are also due to the fact that they are women who raise their voices. To illustrate this fact it can be noted that the aggressions towards the men who work with these topics generally all have to do with an intention of “elimination”, whereas the aggressions towards the women generally reflect an intention of “punishment”.

Now that it has been pointed out that these women face a heightened risk because of their gender it should also be stressed that there are other factors, such as ethnicity and sexual orientation, that can accentuate the risk even more. In the case of LBT women social leaders and HR defenders it can be noted that the additional risk is due to the fact that the aggressors perceive their sexual orientation and/or gender identity negatively. The aggressors also view their acts of social leadership as a transgression of the sex-gender-desire system. On the other hand, when it comes to the afro-Colombian women social leaders and HR defenders it can be observed that they are still affected by an additional risk because the history of slavery still outlines a social and economic marginalization and because structural racism still prevails.

Next, in the case of the indigenous women social leaders and HR defenders it is important to understand that the aggressions towards them not only affects them individually but affects their community as a whole. This is because of the role the indigenous women have in their communities which is essential for the continuation of their culture. According to the reports, it has been registered that aggressors have used sexual and gender-based violence to displace indigenous women from their territories. In light of this, it is important to point out that the women social leaders and HR defenders that are targeted the most are the ones who work with protecting the land and the territories.

In addition, the covid-19 pandemic and the measures of isolation have further aggravated this violent situation. In this context, both men and women social leaders and HR defenders have been more vulnerable because the areas of mobility have been limited. As a consequence, many have been killed in their own homes. In fact, in the first semester of 2020, there was a 61% increase in the registered assassinations in comparison to the year before, which is very serious. When it comes to women, it can be observed that the isolation has left them more exposed to patriarchal violence. Furthermore, 30% of the registered assassinations in the first semester of 2020 were femicides, which also shows an increase in comparison to 2019. Despite this complicated scenario many women social leaders and HR defenders have continued with their efforts in defence of basic rights. They have worked with demanding the vital material conditions necessary to maintain the quarantine and with spreading information about covid-19 in rural territories without electricity.

Finally, the reports highlight the importance of the implementation of the Peace Deal in order to guarantee the safety of women social leaders and HR defenders in the country. They also emphasize that the safety of these women should be guaranteed even in the difficult context of the pandemic. Next, they insist that the Ministry of the Interior (Ministerio del Interior), the Office of the High Commissioner for Peace (Oficina del Alto Comisionado para la Paz) and the Office of Stabilization (Consejería de Estabilización), among others, should stay committed to their responsibilities of guaranteeing the safety of these women. Moreover, they recommend the launch of systems to monitor the aggressions, the guarantee for these women to access the justice system and the continued incorporation of the gender perspective in the National Protection Unit (Unidad Nacional de Protección).

All in all, FOKUS describes the situation of the women social leaders and human rights defenders after the signing of the Peace Deal as one of great concern and considers that it is vital to offer more protection to these women. 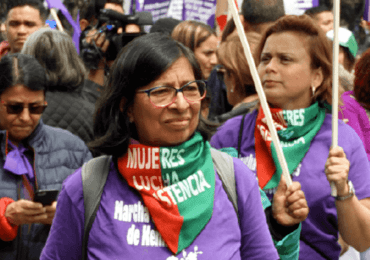 Peacebuilding during the Covid-19 pandemic in Colombia 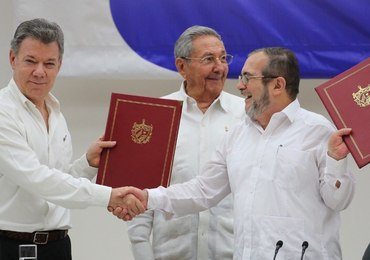 The path towards strengthening peace in Colombia 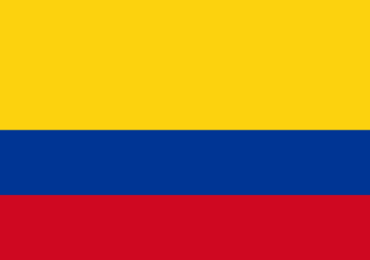 Stop the attacks on social leaders in Colombia