Dora, Lourdes mother, is crying when she tells about the changes she witnessed in her daughter seven years ago. “She was never the same again”, she says.

Lourdes was only 9 years old when Bequer Daniel Alvarado Morales (then 37 years old), raped her in his car. He was a “family friend”, gained her parents trust over a longer period and then one day suggested to take the kids to the movies. The parents could barely make ends meet, so they eagerly accepted his offer. Lourdes and her two younger brothers were very excited; it was their first time out of Coatepeque, a very hot town of Quetzaltenango, Guatemala.

“I never thought this would happen to me”, recalls Lourdes. “I was only 9. He deceived me... I asked him to stop because he was hurting me but instead he grabbed me even harder and told me to wait for the pain to go away”.

But it never went away. From that day until today, now 16 years old, Lourdes thinks about the rape and the pain at all times, every day.

Becquer raped her twice more, on April 9th and May 2nd 2012. On the night of May 2nd, when the pain was unbearable, Lourdes could not hold back her tears. Her mother heard her crying and immediately took her to the hospital. The doctor informed her that her daughter was raped and had herpes type II, a sexually transmitted disease with no cure.

In addition to the pain, Lourdes was trembling of fear. She was afraid to give away the identity of the rapist. She thought it was all her fault.

On May 4th Lourdes’s family lodged a complaint in the Public Prosecutor’s office. The case was not progressing, and the family could not afford a lawyer to take care of the process. Luckily, the legal team of Mujeres Transformando el Mundo (MTM, Women Transforming the World) offered to take the case and provided psychological support to Lourdes, her mother and brothers. Thanks to the evidence presented by the MTM lawyers, in addition to the testimonies of the kids, on November 17th 2013, Bequer was sentenced to 54 years in prison for continued sexual violence.

“I never thought this would happen to me. I was only nine.”

Going back to hell

After the trial, Lourdes tried to rebuild her life with love and support of her family. “I thought that the judgement was going to give me the opportunity to forget Bequer. To make life bearable.”

But in 2018 the Supreme Court of Justice overturned the judgement and opened a new trial.  Lourdes had to declare once again about the sexual abuse she was subjected to and her brothers had to testify.

“I’m asking the court to believe me. It was a very painful experience that changed my life forever. I demand that this man pays with prison for what he did to me. If released he will harm other girls”, she says firmly, even though her eyes express sadness.

The first process was complicated; the second one - even harder. She had to tell every detail of what happened again while the rapist was there, so close to her. “It was like having finally come out of hell and now going back in.”

“I just want to feel free.”

I want to feel free

The new trial made Lourdes have severe herpes outbreaks. The mixture of fear, stress and sadness caused the disease to reach even her feet.

The family lives in grandfather´s house which is on sale. Lourdes, her parents and brothers occupy one room. Lourdes helps her mother with the chores and looks after her younger brothers. She enjoys watching telenovelas occasionally, entertaining her mind with the lives of others.

She hardly ever leaves the house, she dropped out of school. The sexual abuse and disease that she suffered added up to the rejection and discrimination by the community and school.

She was not allowed to use the school’s bathroom because “they didn't want me to infect other girls” Lourdes recalls. “I was humiliated and mocked at school and on the street” she adds. She felt that every door was closing in front of her, but she found an open door, as well.

“MTM has been a blessing in my life. They have helped me learn so many things, to have new experiences and to be able to know other girls that have gone through the same experiences. We understand each other and lift each other up. Thanks to the psychologists of MTM, I was able to heal. I understood that it was never my fault”, she says while expressing her gratitude and affection to MTM.

“I have dreams now”, Lourdes says and smiles. “I want to become a stylist, or a nurse, or maybe a pastry chef, or a tailor…”.

MTM is one of FOKUS’ partner organizations in Guatemala. Together we work to provide justice for women and girls who have experienced violence. 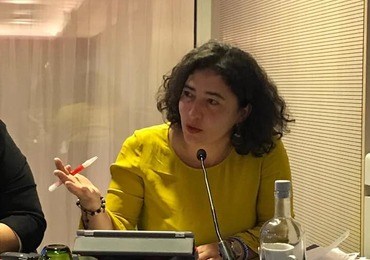 "The best way to eradicate sexual violence is to never get tired of mentioning it." 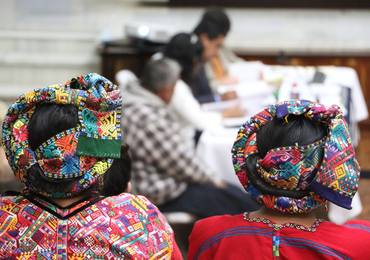 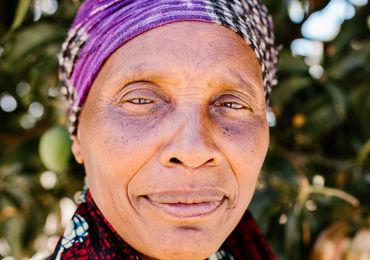 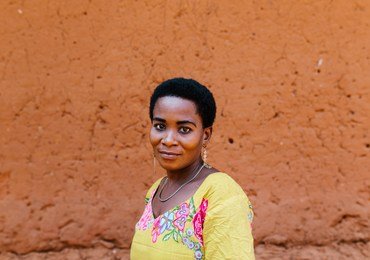 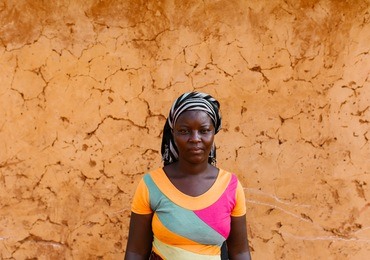 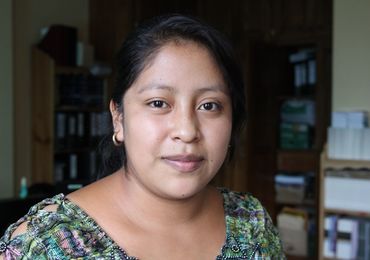 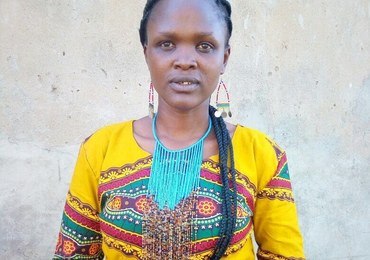